Due to the continued global pandemic, it has been necessary to postpone most of our meetings in 2020 – some more than once. We were able to get the Aquaculture America 2020 meeting in Hawaii finished successfully and that was the last WAS meeting for 2020! All others have been moved to 2021 to join the regularly scheduled 2021 meetings. For each conference, our management team, led by WAS Executive Director John Cooksey, worked closely with our partners and the health departments in the country, the Steering Committee for each conference as well as the convention centers and suppliers. The Executive Officers for each Chapter have been especially helpful and valuable. Each postponement is almost like organizing a new meeting as everything must be changed. The WAS Board and I are very appreciative of the hard work done by all those involved.

These postponements will result in eight WAS meetings next year! Each meeting may be smaller because so many events have been rescheduled for 2021 but we feel that each meeting will be a success. Please pass the word that the WAS meetings will be going ahead and attend as many meetings as possible. The updated list of future conferences can be found near the end of this magazine issue.

Despite our not being able to meet since our mid-year meeting in Costa Rica, your WAS Board has continued with the work of our Society. We have had ten WAS Board e-mail votes during 2020. I reported on some of these initiatives in my last two columns. Some of the more recent approvals have included partnerships with four organizations. I signed a Letter of Collaboration with the African Union Development Agency - NEPAD indicating our mutual, ongoing commitment to the WAS African Chapter. Dr. Guillaume Drillet, WAS Director, successfully negotiated an agreement supporting the GEF-UNDP-IMO GloFouling Partnerships Project, an initiative funded by the Global Environment Facility (GEF), implemented by the United Nations Development Programme (UNDP), and executed by the International Maritime Organization (IMO). WAS Executive Director John Cooksey signed a Memorandum of Understanding between Global Aquaculture Alliance and WAS signaling a Strategic Partnership to strengthen both organizations’ impact in the advancement of responsible aquaculture and seafood. WAS also joined as a signatory to American Fisheries Society’s “Statement of World Aquatic Scientific Societies on the Need to Take Urgent Action Against Human-Caused Climate Change, Based on Scientific Evidence.” Over 100 aquatic scientific societies have joined the initiative.

The WAS Board tasked the Publications Committee, chaired by Dr. Lou D’Abramo, to develop a job description for a “renewed” Book Editor position. To support the position, the Committee also defined a protocol that was previously lacking relative to the production of WAS publications and the changing landscape of publishing. The Board has approved the documents and the Book Editor position announcement can be found in this issue.

The WAS membership recently approved changes to the by-laws that allowed for the formation of a permanent Communications Committee. The role of the committee is to improve communications to Society members and to the general public, and ultimately strengthen the role of the organization in becoming a representative voice for academic, industrial and political organizations involved in aquaculture. Dr. Antonio Garza, WAS President-elect, and I have chosen the committee members and are happy to report that Dr. Matt Parker, USAS President, has agreed to be the Chair. An integral part of the communications effort going forward will be the Chapter Secretariats and the WAS Home Office staff. Any communications strategy has to address social media. Dr. Guillaume Drillet, WAS Director, is the Chair of the Social Media Sub-committee that has been working on recommendations for the past several months. We are excited to have these two committees active and addressing several issues identified in the 2020-2025 Strategic Plan.

Speaking of communications, I hope you have visited the redesigned WAS website. This is the result of a lot of work from George McKee, Carol Mendoza, Judy Andrasko, Nate Ang, Blessing Mapfumo and Carolina Amezquita. JWAS and WAS magazine editors assisted in the development of the pages related to those two publications. An important feature of the new website is increased security. I hope you will be pleased with all of the improvements!
— Jimmy L. Avery, President 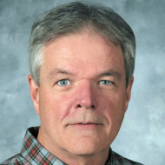