The Success Story of Aquaculture in Egypt: The Real Motivation for Hosting the First Aquaculture Africa Conference (AFRAQ21) 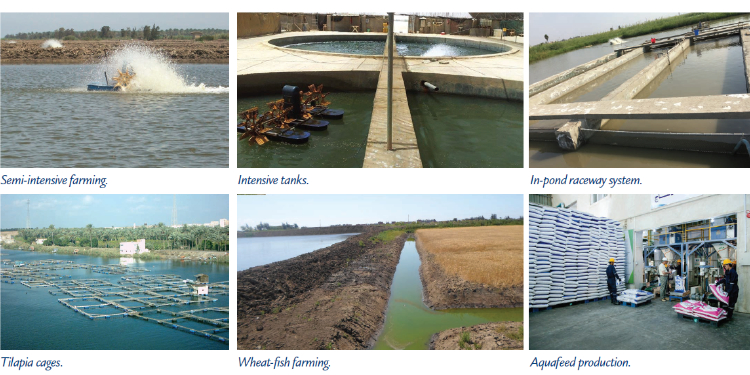 Aquaculture was practiced in Egypt more than 4000 years ago. In recent years, the first aquaculture trials were carried out in 1934, while the first commercial fish farm was established in 1954. Since then, aquaculture in Egypt has been witnessing outstanding development, especially during the last three decades. As a result, aquaculture production jumped from only 62,000 t in 1990 to 1,641,949 t in 2019. This production puts Egypt on top of Africa’s aquaculture output, with a share of 69 percent in 2019. Egypt is also ranked 7th among the top global aquaculture producers, and 3rd in tilapia production, after only China and Indonesia.

Semi-intensive production in earthen ponds is the most commonly used aquaculture system in Egypt. This system accounted for 87 percent of total aquaculture output in 2019. Intensive farming in cages, tanks and ponds, and integrated farming with other crops (mainly rice fields) is also widely practiced. Despite 16 aquatic species currently being farmed in Egypt, Nile tilapia remains the most important; contributing 66 percent to total aquaculture production in 2019. Carps and mullets are also widely cultured, mostly in polyculture systems with tilapia. About 65 percent of total aquaculture output comes from brackishwater. However, aquaculture of marine species such as European sea bass, gilthead seabream, meagre and shrimp is also gaining tremendous momentum and expanding at amazing rates.

To meet the demand for fish seed, hundreds of hatcheries for freshwater and marine species have been constructed throughout the country, especially in the major production areas (Northern Delta regions). In parallel, to meet the demand for high-quality feeds, the aquafeed subsector has received considerable attention since the mid-1990s, when feed extrusion technology was introduced into the country. Currently, there are over 100 feed mills in operation, in addition to a few others under construction. They produce about 1.4 million metric t annually of high quality floating and sinking aquafeeds for all farmed species. Some aquafeed companies are currently exporting a portion of their production to other countries, especially in Africa.

In a country with such huge aquaculture attributes and potential, it was no surprise that the African Chapter of World Aquaculture Society selected Egypt as host of its first international conference and exhibition, Aquaculture Africa 2021 – AFRAQ21. The conference will be held in Alexandria Library (Bibliotheca Alexandrina); one of the most fascinating touristic and cultural attractions in the world, located in the beautiful City of Alexandria, the Pride of the Mediterranean Sea, during 11-14 December 2021.

The conference offers a great opportunity for aquaculture researchers, practitioners, decision makers and other stake holders to network and discuss all aspects of aquaculture in Africa. Exhibitors from all over the globe are also exhibiting their products in the amazing exhibition Center. Visits to fish farms and feed mills will be arranged. Special visits to the most famous touristic attractions in Egypt will also be arranged. Be sure to schedule time for this unique scientific, business and social event. You all are encouraged to participate. Together, we can build a large success for Mother Africa!

For more information and to register, visit AFRAQ21 webpage https://www.was.org/meeting/code/AFRAQ20 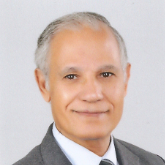 Prof. Abdel-Fattah El-Sayed received his PhD degree in Aquaculture from Michigan State University, USA. He authored and co-authored over 130 peer-reviewed publications on aquaculture and fisheries disciplines, in addition to 4 books, 3 book chapters and several technical reports to international organizations. He also participated in over 50 international, regional and national conferences, in more than 30 countries. He has also served as visiting professor to scientific institutions in many countries. Prof. El Sayed is an aquaculture and fisheries consultant for many organizations, including the Food and Agricultural Organization of the United Nations (FAO), the Arab Organization for Agricultural Development, the World Fisheries Trust (WFT), the WorldFish, the African Union, and the European Bank for Reconstruction and Development (EBRD).