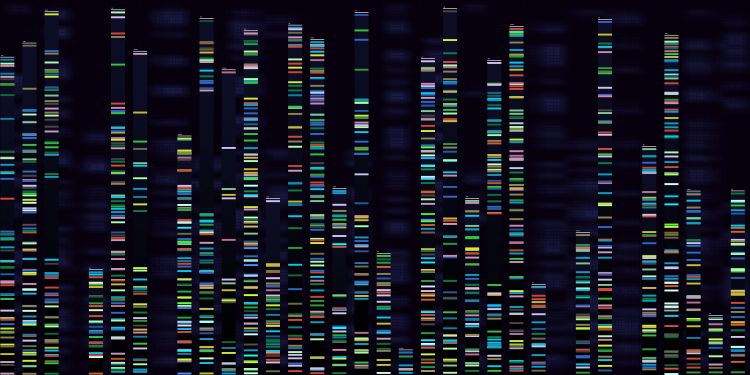 The importance of conservation of aquatic biodiversity on sustainable fisheries is gradually being recognized by more and more people. Positive results have been reported from establishing marine protected areas (MPAs) as well as freshwater reserves (Koning & McIntyre, 2021; Lenihan et al., 2021). Conservation of aquatic animals and plants is not yet fully addressed in a way that will protect genetic resources for aquaculture purposes. The Food and Agriculture Organization (FAO) (2019) published a report about aquatic genetic resources based on surveyed responses from 92 countries. Most replies to the questions were positive and energetic, but it also revealed problems that limited efforts made to conserve the aquatic genetic resource.

This editorial aims to call attention to conservation of genetic resources from an aquaculture perspective. Producers could consider practices that are more friendly to conservation of genetic resources. Management bodies may pay attention not only to biodiversity alone, but also to the genetic diversity important to sustainable aquaculture. Research plans could be prioritized to address important questions such as characterization of populations, optimizing fast and efficient genotyping and phenotyping tools, evaluating environmental factors and protection approaches not only for species richness but also genetic diversity, and estimating effects of stock enhancement programs on genetic components of wild populations.

Aquaculture species have two eminent features that make them highly suitable for selective breeding: high fecundity and high genetic diversity, because most species in aquaculture are still in the early stages of domestication (Houston et al., 2020). High genetic variation in wild populations is an important resource for selective breeding of aquatic species. The genetic resource of wild populations can contribute in various ways to sustainable aquaculture. First, wild alleles can be reintroduced to farmed populations if inbreeding occurs due to bottleneck effects in breeding practices. Second, if there is demand for new traits, such as resistance to disease, genetic materials can be accessed from selected strains as well as the wild populations. Third, there are still many other or “novel” species, particularly native species being tested for aquaculture, such as the fat sleeper (Dormitator latifrons) in Latin America (Vega-Villasante et al., 2021). Therefore, conservation of biodiversity and genetic variation of aquatic species is important for developing and maintaining good strains for sustainable aquaculture. Furthermore, comparison between different regional populations and farmed ones may aid understanding of genetic components that underlie aquaculture performance across different traits, such as identifying causative variants for target traits (Houston et al., 2020).

Currently, most attention regarding aquatic genetic resource conservation has been focused on protection of freshwater species, probably because freshwater habitats are under high pressure of degradation and have close affinity to the general public. Belton et al. (2020) argued that affordable and sustainable farmed aquatic foods should be focused on freshwater aquaculture. Nevertheless, many marine species also are under threat (International Union for Conservation of Nature [IUCN], 2021). Migratory fishes are the most vulnerable group, because they often require more habitat areas to complete different life history stages. For example, some shads and anchovies, most sturgeons, and some salmonids are critically endangered (IUCN, 2021). Most conservation efforts have focused on finfish, but the characterization and protection of genetic resources of bivalves and seaweeds have also been highlighted (Brakel et al., 2021; X. Guo, 2009). The major drivers for the decline of genetic resources of aquaculture species are believed to be habitat loss and degradation (FAO, 2019). Overfishing and pollution also commonly damage both freshwater and marine species. In temperate rivers, biodiversity changes are mostly due to river fragmentation and invasive species (Su et al., 2021).

4 STRATEGIES FOR CONSERVATION OF GENETIC RESOURCES

Conservation acts include setting up regional freshwater conservation reserves or MPAs (Koning & McIntyre, 2021; Lenihan et al., 2021), or globally, the Convention on Biological Diversity. In situ conservation zones such as small grassroots reserves in the Mekong River systems (Koning & McIntyre, 2021) are usually localized and isolated, yet are important in protecting food webs and augmenting fisheries yields. Seasonal fishing bans are often aimed at encouraging successful breeding of target species, such as the hilsa shad (Tenualosa ilisha) in the Bay of Bengal (Hossain et al., 2019) and the tapertail anchovy (Coilia nasus) in the Yangtze River. A 10-year ban on all commercial fishing in the Yangtze River and its tributaries, including the adjoining lakes, was instituted in January 2020 (Mei et al., 2020). A range-wide total fishing ban is an enormous task, but is crucial for restoring genetic resources of endangered species, particularly migratory ones. Spotting of rare species in historical sites of middle reach of the Yangtze River has already been reported, but the long-term effects for this 10-year ban are yet to be revealed.

Another way of protecting genetic resources is ex situ conservation. Sometimes the wild populations or habitats are too degraded for protection. Artificial breeding in captivity and conservation of endangered species is better than its disappearance entirely. A good example is the two sturgeon species in the Yangtze River, the Chinese sturgeon (Acipenser sinensis), and the Yangtze sturgeon (Acipenser dabryanus). Both are endangered and their natural breeding activities are interrupted by the building of hydroelectric dams. Fortunately, artificial breeding has allowed healthy populations of these two species to be maintained in captivity. There is still hope that these species can be kept long enough to restore their natural habitats and establish populations in the wild. Preserving gametes as seed banks often is seen as storing genetic resources of aquaculture species, both finfish and shellfish (Diwan, Harke, Gopalkrishna, & Panche, 2020; J.-H. Guo & Weng, 2020). Restocking artificially bred seedlings, commonly used for fisheries management, is a hybrid of ex situ and in situ conservation practice, but scrutiny should be applied to monitor the genetic component of the stocked and wild individuals for protecting genetic resource of the wild populations.

The first step to initiate a conservation plan for aquaculture species is to characterize the wild populations as well as domesticated ones. Identifying population structure and genetic diversity is important for setting up management plans and sometimes can lead to discovery of cryptic species. If planning a new breeding project, characterizing the genetic resource is also fundamental work necessary for designing the best strategy (Cossu et al., 2021). Mitochondrial DNA loci and microsatellite markers have often been used for genetic characterization (Abdul-Muneer, 2014; Cossu et al., 2021), but panels of single nucleotide polymorphism loci (SNPs) are better choices for characterizing genetic profiles of wild and domesticated species (Fagbémi et al., 2021). Restriction site associated DNA sequencing (RAD-seq), genotyping by sequencing, or SNP arrays are common tools for collecting SNP data (Houston et al., 2020); however, the cost of these methods is prohibitive to low-budget projects. Target enrichment for multiple nuclear loci may be a good low-cost alternative, such as single-copy nuclear loci for ray-finned fishes (Jiang et al., 2019). Several countries have established national programs to support agriculture, beef, poultry, and pork genetic programs for those industries. Few have done it for aquaculture. Major animal breeding companies have made progress on valuable aquaculture species using those technologies, but low-profit species in developing countries have received less attention.

With the continuous decline of fishery resources globally, aquaculture will be one of the important ways to meet the increasing protein and nutrition needs of the world population. Therefore, in addition to responsible fishery management, we should shift more to aquaculture for food, and conserve and utilize the wild populations as gene banks. Moreover, to the aforementioned technologies, innovations such as using environmental DNA to estimate population diversity (Stat et al., 2017) and applying surrogate broodstock technology to save endangered species are all crucial research directions to help conserve genetic resources of aquaculture species. The Journal of the World Aquaculture Society welcomes high-quality manuscripts that address these and other critical issues of aquaculture. 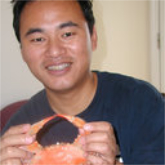